Building and designing to sustainable standards 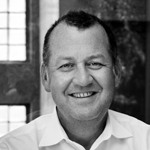 After gaining his diploma in 1987, Stefan Behnisch (*1957) joined Behnish & Partner, the architects’ office headed by his father, Günter Behnisch, and in 1989 founded the city-center Stuttgart branch office that became independent in 1991, and operating since 2005 under the name Behnisch Architekten.

Other offices opened in Los Angeles (1999-2011), Boston (2007) and Munich (2008).
Under Stefan Behnisch’s leadership a number of ground-breaking projects have been carried out in Europe and the U.S.A. including the Institute for Forestry and Nature Research in Wageningen, NL, an E.U. pilot project for sustainable construction, and the Genzyme Center in Cambridge, MA, given the highest category for sustainable building by the U.S. Green Building Council.

Stefan Behnisch continued as VS’s design partner to develop the Series 900 – expanded to form the Series 901, an integrated and high performance office furniture system that fits harmoniously and elegantly into very different kinds of space situations and office environments. 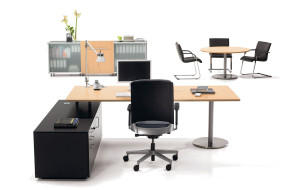